Posted on May 30th, 2018 by Chuck Flagg in Travel Agent Diaries

It’s that email every travel agent dreads, “Subject: Flight Cancellations: Airline.”  The email arrived as I was returning from a mid-year conference and two-night inaugural cruise. I was sitting in traffic at a stop light when the email popped up on my phone. A planned ATC (Air Traffic Control) strike would close the airport in MRS (Marseille Province Airport), causing my clients’ flight from VCE (Venice Marco Polo Airport) to be cancelled in two days. The notice arrived late in the evening Italian time, but with two days’ notice to my clients as well as the transfer company. The time difference would also allow me to search for options on flights.

I was also able to study the limits of their travel insurance policy to discover what reimbursements they would be able to receive at the end of their nearly three-week trip. This was a complicated trip to handle including several countries, flights, a river cruise, and time on their own in southern France to visit the uncle of my client. It was this portion of the trip that would be affected.

I knew that MRS was not the ultimate destination, but they would ultimately be going to MPL (Montpellier–Méditerranée Airport). A quick search of options would discover a flight, via Paris, that would leave an hour earlier from Venice; and would arrive just an hour later into Montpellier than their original arrival into MRS.  Thankfully they had travel insurance, which included a substantial coverage for travel delay. So, before they were even awake in the morning, I had the new tickets purchased and their transfers adjusted for the new times.

The story didn’t end with a flight into MPL. I learned via email that the bags went missing and would arrive a day late and would be soaking wet. Because of the weekend, they would not be able to arrange for cleaning until they arrived in Paris. I reached out to a friend, and client, intimately familiar with Paris and asked if she happened to know of cleaning facilities near their hotel in the seventh arrondissement. She didn’t, but she did offer to reach out to a friend who lived near the hotel to ask.

Ultimately, the clients ended up using the pricey services of the hotel’s facilities, but they mentioned several times in conversations with me they would have never had this level of communication booking with an online agency or price club. Here is where travel insurance came to the rescue, as there is a provision offering a per person coverage for damaged luggage.

Their trip did not go smoothly, but to them the ear of a sympathetic and empathetic human being that they could call or email throughout their trip made the disruptions become minor inconveniences. I am confident they will become fans for life and, will recommend my services to anyone who will listen. 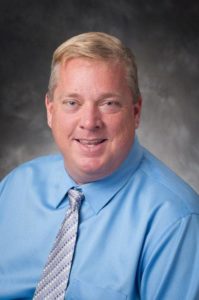 Chuck Flagg is entering his tenth year as a travel professional. He owns a Cruise Planners franchise and lives with his wife, daughter and dog northwest of Atlanta.

One thought on “A Minor Inconvenience”