Posted on August 21st, 2020 by Britton Frost in Deck Plans

UnCruise Adventures confirmed that the majority of last week’s quarantined guests were cleared and released over the weekend. The original COVID positive guest returned home just a few days later. The company implemented a swift contingency plan and strict quarantine last week upon the news of a positive test onboard. The adventure brand immediately canceled its four subsequent sailings in Alaska for the summer. Revised news now shows all tests received back for guests and crew are negative and there was no transmission onboard. However, the season will not be recovered. 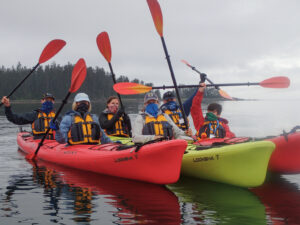 Is there a better way? UnCruise Adventures has provided some validation that there are safe sailing protocol options and continues to advocate for better testing to help save the travel industry. The company is now focused on rebooting their upcoming seasons and creating safe outdoor bubbles for travelers.

UnCruise Adventures worked in tandem with local and state officials which was an asset to the company and guests. Most guests were not required to quarantine for the expected 14 days but began departing for home on August 8th. The company has received support from the local community and the industry at large, with some criticism on being the first to return to sail this season.

UnCruise Adventures understands that accessible rapid COVID testing is needed across industries for businesses and tourism to return. More studies are showing that small boat sanitization is high and, in some instances, pose less of a risk of viruses than an average location that individuals visit in their local neighborhoods.