Southwest & Delta are Doing It Right!

Posted on September 23rd, 2020 by Steven Frankel in Point-to-Point

Southwest Airlines & Delta have been leading the way in keeping middle airline seats empty. Southwest has committed to it until at least November 30, and Delta has made the same promise until January 6. Both airlines have also committed to reducing capacity in the forward cabins by keeping additional seats empty. In contrast, other airlines are cancelling some flights to try to fill their remaining flights.

No one is challenging the fact that leaving middle seats empty, and reducing passenger capacity in the forward cabins, is significantly safer. Their complaint is the revenue they lose.

When social distancing, and not sharing armrests, is coupled with other health measures such as improved sanitation and ventilation, the wearing of masks by everyone, and staggered boarding times, passengers become more willing to fly. Until vaccines are available to most passengers, filling planes to capacity is not a practice with which passengers or the FAA should support.

Because they have made the longest-term commitments to keeping middle seats empty, Southwest and Delta are reaping marketing advantages and getting higher prices for their seats. They have become the acknowledged leaders in flying safety; along with Italia, Emirates and Qatar, that are moving towards mandatory COVID-19 testing before their flights.

But many airlines are strongly resisting social distancing and mandatory testing. How do we get these to become universal practices, at least until effective vaccines are available? We should follow the lead of the cruise industry which has requested – through CLIA – that the cruise industry adopt these practices. In addition, maybe we can get the FAA and Homeland Security to help. 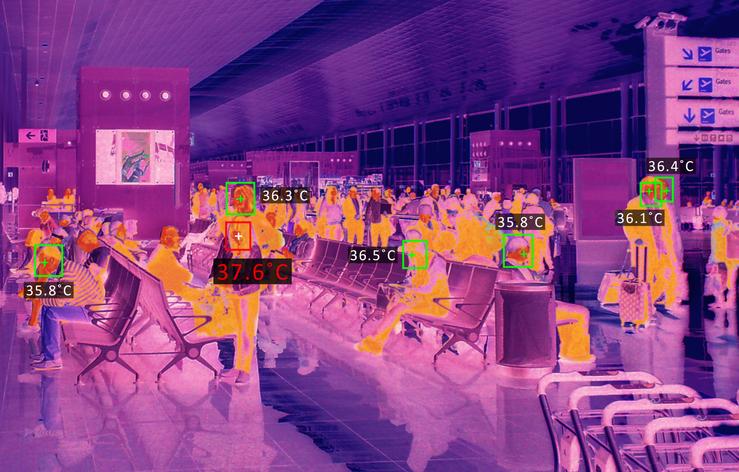 The FAA can adopt regulations that require all airlines to prohibit placing passengers in middle seats unless the fliers request it. Other guidelines can also limit passenger loads in other classes of service, such as Business or First Class, and require that all passengers and crew be tested within 72 hours of their flights.

To help offset the revenue-shortfalls these changes entail, the revised regs could also permit airlines to immediately start charging passengers surcharge on all seats they sell, even if the flights aren’t crowded. The surcharge, when combined with the increased number of seats that would be sold because of passengers feeling safer, should largely offset the costs of flying with empty seats. The capacity limitations, COVID testing requirements, and surcharges could remain in effect for a year; or until the coronavirus no longer shapes our behavior.

Preventing crew members and passengers from flying unless they have tested Negative for COVID-19 within 72-hours of a flight, will brings the U.S. into line with European, Caribbean, and Asian nations that are already testing or quarantining most visitors. Should anyone test Positive, a second more rigorous test would be administered, and the visitor would be seen by a medical professional. The entire cost of these program would be covered by public health services, health insurance, and the federal government.

These testing programs will be the surest method of preventing the international spread of infections. Thousands of lives will be saved, and many outbreaks would be nipped in the bud. The cost of the testing before flights will be more than offset by savings in medical costs and worker earnings.

If the FAA or similar federal agencies can’t act quickly to implement social distancing and compulsory testing programs for all airlines, the airline industry can develop their own standards – just as CLIA has done for cruise ships and European Economic Community has done for travel with their borders. Insurance carriers could also opt to impose higher insurance rates for airlines that do not comply with these standards and void their coverage for coronavirus-related incidents.

The Department of Homeland Security is badly in need of repurposing and a rebirth. Not counting the controversy behind the serious allegations of caging immigrant children and families, one of their other unpopular practices is the way in which travelers in airports are searched. While preventing terrorist attacks are still important, COVID-19 presents threats that are far greater: It has decimated the entire travel industry, killed 200,000 Americans, and caused massive unemployment.

The way that Homeland Security can improve its credibility and be more useful, is to become the major force in implementing travel-related COVID-19 testing and (eventually) vaccination programs. Testing can be done at off-site locations adjacent to airports with free tests provided to anyone flying within 72 hours. These activities could be coordinated with local public health authorities who would be paid to conduct the actual testing and to facilitate contact tracing when this becomes necessary.

Test results would be transmitted to fliers via emails and texts within 24 hours, or in less than 2 hours for a fee. If the test result is Negative, the flier would go to the TSA checkpoint in the airport which would already have their COVID status, and boarding passes would be provided.

The check-in procedures at the airport would combine facial recognition, biometrics, and verification of a flier’s health status. Security would be modelled on the Trusted Traveler Program operated by the U.S. Customs Service (also part of Homeland Security). Travelers would be able to complete the entire screening process in a few minutes. Shoes wouldn’t have to be removed at the checkpoints. Bags and PCs would only be opened randomly, or if wrongdoing is suspected.

The objective would be to implement the revised mission statement at all major airports by mid-2021. Some sellers, such as Signature and Frosch, are already providing home testing in some major markets. These too could be paid by Homeland Security, they are needed.

Similar procedures can be applied to travelers returning or visiting the United States from abroad. Under the auspices of the U.S. Citizenship and Immigration Service (another unit of Homeland Security), fliers would have to be tested within 72 hours before their flights to the U.S. Also, everyone would take free Quick Tests administered in the Arrivals section of airports, as of as part of the immigration process. If they test Positive on the Quick Test, they will take a more accurate test and be examined by a health professional. Anyone failing the second test would be quarantined at their own expense.

While it sounds rather harsh, this is very similar to the procedures that some foreign nations have implemented for American travelers. A requirement for boarding flights to some nations, in addition to compulsory testing or quarantining, is to buy COVID-19 insurance that covers quarantines, hospitalization, trip cancellations, and return flights. Some international airlines are considering having this insurance built into the ticket price, and at least one cruise line (MSC) provides similar package for a one-week cruise for about $20.

The result of applying these initiatives for all airlines – and also for cruise travel and resort stays – would be much less chance of travelers being infected and spreading disease among fellow passengers and in the places they visit. If these measures are combined with lower infection rates for the United States, there’s a good possibility that Americans will be welcomed, once again, wherever we visit.

Share your thoughts on “Southwest & Delta are Doing It Right!”