A Death in the Family: Travel Advisors Take It Personally When a Client Dies | TravelResearchOnline

A Death in the Family: Travel Advisors Take It Personally When a Client Dies

Posted on October 30th, 2020 by Cheryl Rosen in The Rosen Report

Jennifer Walker has been hit by Covid-19 twice. No, she hasn’t actually had it herself. But two of her clients have — and she feels their pain.

Walker had two trips in the works for “senior ladies” when the coronavirus hit. One was supposed to sail Viking Ocean to Bali and Beyond; she died right before final payment. The other had a multigenerational trip to Hawaii booked for 2020, which Walker was in the process of moving to 2021, and was talking about a European river cruise for her anniversary.

The first, a retired high school teacher and world traveler who’d been a client for many years, was traveling with a friend. “Her friend called me when she went into the hospital and we were struggling because we knew she wanted to go so badly. She was 75 and those long-haul trips were getting hard, so this was to be her last big trip,” Walker said. In the end, they canceled – and now can’t get the deposit back even though she is dead, or the credit transferred to someone else even though the friend says she would never travel alone. 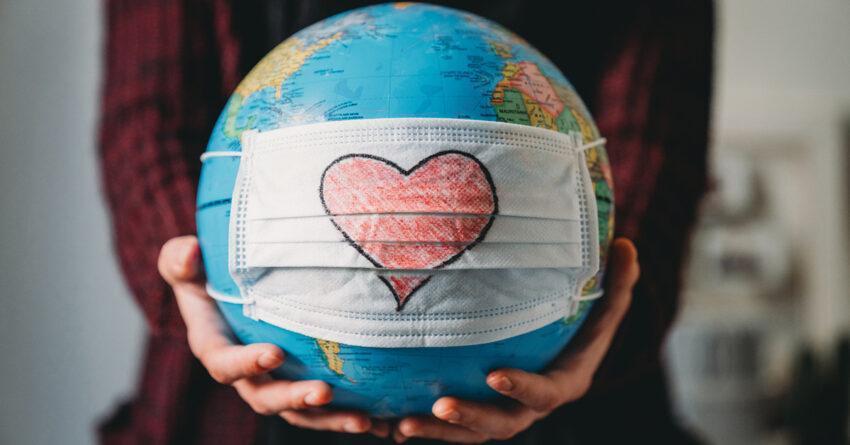 Indeed, even getting the deceased’s name removed from the cruise line mailing list has been a big issue; in the meantime, “her husband calls me and cries every time they get another mailing.”

The clients paid $500 each; the cruise line did issue $400 refunds to their credit cards, and vouchers for $100—”but these two always went together, so a voucher for future travel is pretty useless,” Walker says.

A bigger issue right now is the second client, whose multigen group of 12 Walker had booked with Pleasant Holidays. When she reached out to let them know the client had passed away, they offered condolences but said they needed a death certificate – and Walker felt uncomfortable having that conversation with the spouse.

“I’m happy to go beyond the booking to take care of my clients and be their advocate – but this isn’t the time to be asking for a death certificate,” Walker says. “I’m not a family member. It’s too soon.”

Instead, “you pull their file and mark them deceased; you remove them from your newsletter; you send a card or donate to a charity. You think about all these things people don’t consider and the family doesn’t realize. It’s tough to figure out who to talk with at the supplier – how do you get them removed from marketing? And the future travel vouchers that can’t be transferred are a struggle; the conversation about obtaining the death certificate is one most travel advisors haven’t had before.”

Having no experience with it herself, “I was afraid to call these husbands and ask for death certificates because I knew they would be upset and cry. I did get an insurance premium refund. TravelGuard said, ‘You realize if we cancel this you will lose your commission.’ But I’m not thinking about the revenue I am going to lose. When you are a small agency in a small town you get to know your clients well, especially when you travel with them. I’m thinking about the people themselves and their families. I’m struggling with this.”

When she finally did get the death certificate last week, she forwarded it to the Groups department at Pleasant Holidays – and the email came back “undeliverable.” Follow-up emails so far have gotten no response.

The Hour of Death

Another travel advisor who asked that I not use his name, as the death is fresh and he doesn’t feel comfortable sharing his client’s story in public yet, just happened to call the home of a client at the very hour of his death from Covid-19 last week. The couple had a credit from a canceled cruised last October, and he was following up to see if they wanted to rebook.

“The wife answered and said her husband had literally just passed away from Covid-19; he literally had just expired.”

Shaken, the advisor handwrote a note to the widow “and expressed my sorrow; I said I hadn’t known he was in ill health and that it sometimes doesn’t seem like we have enough time on this earth. I said my heart was heavy that her husband had passed away, but I know her well enough to know that she has a deep spiritual foundation, and that will give her the strength to carry her through the coming months,” he says.

“I wouldn’t write a note to someone I didn’t know well, but she and her husband have been my clients for 20 years, and I understand that expressions of sorrow and encouragement can be important,” he added. “It must never be, ‘I know how you feel,’ because you don’t, but rather a simple expression of your thoughts, and an invitation to get back in touch with you when they have a moment.”

In the end, he says, he expects never to get another dime in revenue from the widow, whom he believes would never travel without her husband. But that’s not the point; “it’s something you do out of human kindness, with no thought of ulterior gain.”

In 6 months and then again in 12, he says, “I’ll reach out and let her know I’m thinking about her. That may seem morbid, but those dates have particular sorrow, and it’s important for her to know somebody is thinking about her.”

Another travel advisor, who asked that we call her “Dawn C.” to respect the client’s privacy, had clients stuck aboard a cruise ship for weeks when the virus first hit – and all turned out okay. But ironically, two weeks ago the husband caught Covid-19 at home and soon died.

Like many clients, “I’ve gotten to know them on a personal level; they came up and visited us and they’re just amazing people,” she says. “I’m not just a ticket taker, who will sell you something that doesn’t suit you. I love these people; they get into your heart. My husband gets annoyed at me, but you have to have empathy to have this job, you have to stay up at night and worry about your customers like they are your children.”

The couple has four cruises booked with Dawn: an ocean, a river, an Alaska, and a Med cruise. “They’re all paid for, so it’s up to her if she wants to keep them and go by herself,” Dawn says. “I don’t know what will happen – I’m more concerned right now with her getting through this than I am with the business. I sent her some chicken soup. If she just can’t do it, then I’ll cancel; it’s tough right now but I’m not going to be Costco and say, ‘It’s too bad, you have to go.’ “

In the meantime, “She really doesn’t want to talk to the kids about the funeral arrangements, so she talks to me. I feel honored that she confides in me. My heart goes out to the whole family. It’s a nightmare.”

Though the widow and her daughter also have Covid-19, they plan to go on those cruises, “because this was their life, that’s what they did, and she really feels he would want her to go. And I’m here to help in any way I can. Not because I don’t care, but because I care that much.”

Agrees Walker, “when a client dies, our first thought isn’t to the revenue that will be lost going forward, or to the commission chargeback that may occur when a refund is issued by the supplier. Service by travel advisors goes beyond the sale, even when the client has died.”

She, and her colleagues who have lost clients, have sent condolence cards and gifts to charity, reached out to suppliers for refunds of deposits and travel vouchers, taken the time to reminisce with the families about past trips, and cancelled future ones.

Of course, dealing with a client’s death is not a new issue.

At East End Journeys Travel, John Sposato recalls the Avalon cruise he had planned with 18 old friends when one passed away. The group sailed anyway – but thoughts of the one they lost made it bittersweet.

“We took a group photo and said, ‘Dwayne would be here’ and I sent it to his widow with a fruit basket. I said everyone misses Dwayne – and every trip we ever go on, we’ll remember him.”

And at I Do Honeymoons/I Do Travel, Davida Shelly had a client who took a multi-generational family group on a retirement trip that included climbing Mt. Vesuvius – where Grandpa had a heart attack at the summit and died a few days later in a hospital in Capri.

When the travel insurance company bombarded the widow with questions, “it was too new and overwhelming” – she called Shelly and gave her authorization to act on her behalf.

“Sometimes being a travel advisor is much more than just booking a trip,” Shelly says. “She was just so thankful to have someone outside of the family to talk to and help her make decisions.”

The client is now a close personal friend – and with Covid-19, Shelly is not taking any chances on losing another client. For now, she is not taking any new ones, and is only rebooking trips for late 2021 and beyond.

“We lost over a year and a half worth of work; it’s been devastating, and I don’t want my thoughts to influence any new clients,” she says. “It’s not a good time; people are tense, and I don’t want to do anything that’s not entirely correct.”

With the rules “changing so fast I can’t keep up, I need to take a step back and wait until I feel comfortable selling again.”

Share your thoughts on “A Death in the Family: Travel Advisors Take It Personally When a Client Dies”