Cheaper by the Dozen? Group Business Gets Complicated (and Sometimes Dangerous) in an Age of Corona | TravelResearchOnline

Cheaper by the Dozen? Group Business Gets Complicated (and Sometimes Dangerous) in an Age of Corona

Posted on November 27th, 2020 by Cheryl Rosen in The Rosen Report

In a different world in 2019, most presentations on “How to Grow Your Travel Business” suggested groups as a great way to attract new customers and maximize your revenues. In 2020, that advice is just another victim of Covid-19, as travel advisors find that keeping groups on track and safe can be harder than they expected. Here’s advice from those who have been there—including some who had Covid-19 join their party.

As a new spike of the virus crosses the country this week, Cruise Planners agency owner Jeff Page finds himself all dressed up with nowhere to go. “Most people are hunkered down—but my luxury clients want to go,” he says. “But even when they are ready, sometimes the suppliers are not.” 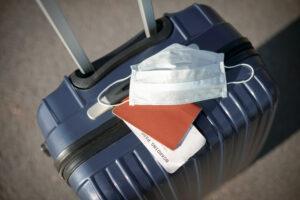 He points to his best and most charitable client, who takes 100 of his closest friends on a vacation every year. “He’d do Hawaii next month, if we could pull it off—but even Classic Vacations declined to take the business,” Page says. “They said no excursions are available, and it’s just too many moving parts.”

At Perfectly Planned Journeys, Lene Minyard is feeling the sting from a group she booked through South Africa Vacations. She put together a complicated customized itinerary for eight customers that included a safari, Capetown, and the wine country, plus a post-trip to Victoria Falls and Botswana, for a total price tag of about $30,000.

But with Covid-19, the trip got canceled—and trying to reschedule has been a nightmare.

“People’s lives have totally changed,” she says. Two couples in their 70s, for whom this was to be a once-in-a-lifetime event, don’t want to wear masks on the plane for 15 hours or be so far from home in case of illness. One person lost his job and found a new one, from which he will not be able to take three weeks’ vacation any time soon. The third couple has a child getting married next year.

Should anyone cancel, the cost for the others—and for her as group leader—goes up, of course. Two couples have insurance and are considering canceling, but if they do they will stick the others with a much higher bill.

“We were all excited to go—and now they are not excited anymore,” Minyard says. “Everyone is frightened, and I am not here to change their minds. I can’t guarantee nothing bad will happen.”

Still, she has learned from this experience, she says. “I’m frankly not going to put myself or my clients in this situation again; if suppliers want to book groups, they need to be willing to make concessions. In the future, I will definitely set up my contract differently. I’ll make sure I’m not obligated to go with the group if the number goes below a certain number, and I’ll include a clause that they don’t all have to rebook together as a group.”

Things have worked out better for Lisa Jones at Worldwide Group Travel and Events in Mt. Sinai, NY. She was bidding on a big contract for the Essence Festival in New Orleans, and left her calendar mostly empty for other customers—and then the festival canceled.

In the end, though, 15 people signed up for a wellness trip to the Royalton Negril in Jamaica she put together.

“I had them sign a waiver that they were aware of the State Department warning of only essential travel to Jamaica. I was very clear on the protocols that would be required. But Jamaica was keeping their numbers low; I felt like they were taking every step. So I left it up to them—and they still wanted to go,” she says.

Still, “I got a lot of flak on social media. We did have to monitor the pictures that were posted quite a bit, and be very selective. The biggest thing about marketing is to keep showing them you are following the CDC guidelines. I keep seeing a lot of travel agents traveling but not that many consumers—I wanted to show people you can travel safely, and make sure everyone is social distanced and wearing masks. The sooner we do that, the sooner we will get our travel businesses back.”

Travel advisor Michael Graham (whom you might remember from my last column) learned about what can go wrong the hard way, when he brought two couples aboard SeaDream’s maiden voyage in the Caribbean—and left one behind in Barbados, recovering from Covid-19.

Aware that cruises would be even trickier than land, Graham had asked in advance about the arrangements should anything go wrong, and found the answers satisfactory. The ship was to stay within 150 miles of shore, so it could return quickly in case of illness on board, and had an arrangement with the Barbados Ministry of Health to host anyone who contracted Covid-19 in a special facility, at no cost, while the rest of the passengers disembarked and flew home.

“That was smart of SeaDream, and made a big difference in our decision to go,” Graham says.

He didn’t actually promote the trip, he notes. His agency, which books about 30 groups a year, hosted a webinar a few weeks ago about SeaDream, highlighting the many safeguards it had successfully used in Europe all summer. When two couples who are also personal friends called to say they wanted to go, Graham decided to come along.

“I know all four of the clients who went; I know they are tolerant of risk. But as good friends as they are, I made them read and sign a pandemic waiver form I got from Travel Industry Solutions that lists all the possibilities of what can go wrong,” he noted.

This was Graham’s first group since February, when he took 140 guests on a Celebrity cruise during the super-spreader Mardi Gras in New Orleans and another on a Princess cruise to Cozumel. In a world not yet aware of the full danger, he was lucky both times. After that, he stopped booking cruises. Until now.

“My biggest tip is to be transparent, to give them the bottom line up front and set expectations that things might change,” he says. “Have them sign that waiver—and be really careful about whom you take with you. They need to be flexible and really tolerant of change.”

And, he added, “that being said, I am not recommending travel in 2020 for leisure clients.”

Neither is a travel advisor from Georgia, who asked that I not use her name, who took a group of 20 to Jamaica in October. “It wasn’t even really intended or publicized as a group; one couple asked us to go, and then each couple requested to join,” she says. Charles got sick the very first night; diagnosed by the resort doctor with food poisoning, he slogged through the rest of the week. By the fifth day, George started coughing and said his chest felt heavy; on Saturday, he flew home and drove five hours from the airport.

By Wednesday he was dead.

Others also fell ill, including the travel advisor’s brother-in-law, who spent 11 days in the hospital.

“We don’t know for sure if George or the others were sick before, during or after the trip,” she says. They all tested negative upon arrival in Jamaica and passed the temperature checks at the resort. Some did catamaran cruises, deep sea fishing, kayaks; everyone felt good at the start of the trip.

“I don’t know what to tell others about taking a group, except to say wear masks and distance ALWAYS, not just when you must. Perhaps it’s just easier to stay distanced if you travel as a single household or couple. Maybe that’s key.”

When They Have to Go – Or They Want To

At World Travel Holdings (whose brands include Dream Vacation, Cruise One, Cruises Inc. and Villas of Distinction), SVP Debbie Fiorino suggested that small groups concerned with safety might stay at a private villa instead of a resort. “Villas are safe, clean bubbles,” she said.

At the Global Travel Collection conference earlier this month, meanwhile, a panel of entertainment-industry travel advisors shared some interesting insights from the corporate side that apply to leisure groups as well. (GTC is the parent of brands including Protravel International and Tzell Travel Group.)

Courtney Morris, a Protravel advisor in Beverly Hills, said the new trend among companies trying to keep their production crews safe is hotel buyouts: “they are buying the entire hotel, so the crew is all together in one place.”

One production that needed 150 rooms, for example, bought out an entire 349-room property. And when one crew complained about the boxed meals they were being served in their rooms, she convinced the hotel to reopen the restaurant and bar, allowing the crew to supplement the meals they were getting free with whatever else they wanted, at their own expense.

“I negotiate now that if the hotels leave the restaurant or bar open, they will have additional revenue from the guests themselves—which the hotels are happy to hear,” she said.

Andrea Smith, SVP of Motion Picture Logistics at Altour, noted that the film crews her industry customers send on location generally are too small to buy out an entire hotel—especially in popular destinations like Hawaii, where Magnum PI is filming. Instead, they are buying up individual floors plus a designated elevator for their private use.

So what’s their best advice for someone booking a group in an age of Covid, now or when travel starts to come back?

Said Morris, “Ask questions. Ask anything you can think of. Ask the client, ask the hotel. Imagine the whole scenario and what could happen from check-in on. Imagine what could come up that you don’t ever think about. We booked one hotel that had many entrances; no one thought to ask who would provide security to make sure no one was coming into our bubble. Or who would pay for it.

“Ask the question. You’ll look better for it in the end.”

Share your thoughts on “Cheaper by the Dozen? Group Business Gets Complicated (and Sometimes Dangerous) in an Age of Corona”