Posted on November 13th, 2020 by Britton Frost in Deck Plans

On Monday, cruise stocks, and in fact most travel-related stocks, surged on news that Pfizer’s Covid vaccine had shown to be more than 90 percent effective. Like us, you probably were cheered by the news. Indeed, the prospect of a vaccine that could end coronavirus is cause for optimism. Pfizer’s claim of the vaccine’s effectiveness stunned scientists. Many had expected initial vaccines that were 50 percent to 75 percent effective. The FDA itself established 50 percent efficacy as the minimum threshold for a successful Covid vaccine candidate.

Pfizer’s vaccine still has hurdles to clear, as well as more testing, but the company has said that it can have up to 40 million doses ready before the end of the year. That’s enough for up to 20 million people to receive vaccinations and boosters within a three-week time frame. Who will qualify for the initial two jabs has not yet been decided; nor is it clear when the general public will be able to receive vaccinations.

Still, the news of an effective vaccine suggests an end in sight to the global pandemic. On the heels of Covid’s end, we hope to see the slow but steady resumption of life as we once knew it. 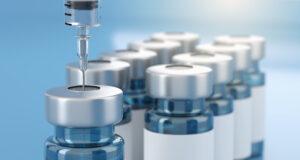 Certainly, cruise companies were buoyed by the news. Many plan to resume operations in the first quarter of next year, though several cruise companies have already been operating successfully, both in Europe and, as of this week, in the Caribbean, where SeaDream began roundtrip sailings from Barbados after a successful summer season in Norway.

It’s not just the prospect of a vaccine that gives us reason to be cheery. Last week, Columbia University researchers announced that they had developed a nasal spray that prevented COVID-19 infections in tests with ferrets and a 3D model of human lungs. Of course, ferrets and lung models don’t cruise, but if the nasal spray can protect humans from being infected by coronavirus, we will all sigh relief.

Also, inexpensive tests that provide results quickly are on the way. See XPRIZE’s Rapid Covid Testing competition. The competition, which has been underway since July, will choose finalists in early December with the goal of delivering “frequent, fast, cheap and easy” testing on a broad scale early next year.

Similarly, Cambridge, Massachusetts-based LabCentral began clinical trials last month to evaluate an antigen test that is self-administered, using nasal swabs or saliva samples. The test is designed to provide results within 15 minutes with no specialized equipment. Results will be displayed much like those on pregnancy tests, with positive or negative results shown as lines on strips.

Covid tests yielding rapid results have already allowed MSC Cruises, Costa Cruises and other companies to operate successfully in the Mediterranean. With Covid tests improving, and with innovations such as nasal sprays and vaccines that prevent infections, we foresee a return to “somewhat normal” cruising before the end of the coming winter, if not sooner. For us, getting back on a ship safely could not come soon enough.

Share your thoughts on “Two Jabs In Three Weeks: What Pfizer’s Covid Vaccine Means For Cruising”