Posted on July 8th, 2021 by David Cogswell in The Incessant Traveler

Though no one is in possession of the proverbial crystal ball, Jenkins always has canny observations to share. A shade contrarian by nature, he picks out contradictions embedded in current conventional wisdom, and he provides insights that others may miss.

From his vantage point in the UK, Jenkins gave a quick overview of how the travel industry in Europe is recovering from the COVID lockdown period. The subject presents a moving target as the world struggles to emerge from COVID, and travel professionals try to navigate a constantly shifting playing field. 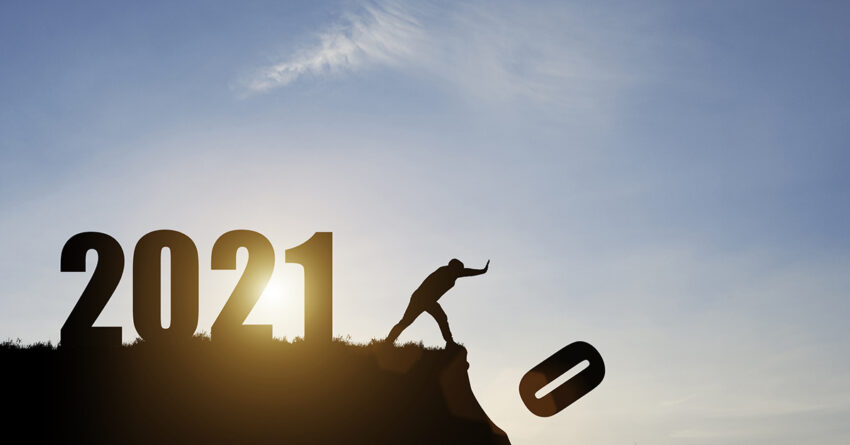 Jenkins began with a graph from Tourism Economics, an Oxford, England-based economic analysis company. The data from late 2020, showed a 30 percent decline in inbound tourists to Europe for the year in 2020. The picture for tour operators was different, Jenkins said.

“From the standpoint of tour operators, I think 2020 was substantially worse than this implies,” he said. “Instead of 30 percent drop, I think it was closer to a 95 percent drop.”

The recovery now in progress, he said, is not as good as expected at the time the statistics for the graph were compiled.

“At the end of last year, they thought the recovery would be well underway this year and business would be back to 75 percent of 2019 in 2021.”

Jenkins presented some market research data from STR, a market research firm for the hospitality industry, which asked travelers what was currently their greatest concern in regard to travel. At the top of the list, stated by 77 percent of those surveyed, was “government restrictions.”

The next four areas of concern were:

Based on those figures, Jenkins noted that most of the highest ranking concerns in the survey were not about the pandemic itself, but about how governments were handling the problems.

In the various sources of data, Jenkins noted some common themes:

Jenkins, however, encouraged skepticism. “This is the herd view,” he said, “what everyone is saying. We should beware of the risk of the herd mentality. Everyone is listening to everyone else when they are making these generalizations. And they may not be true.”

Jenkins is particularly skeptical about the pessimistic view about group tours, the main business of most USTOA members.

“It’s perfectly possible,” he said, “that group tours could stage a major comeback. You know I am an enthusiast for these things. But I think there’s a good chance of this, simply because they offer a degree of reassurance and value that is missing elsewhere. So, we may see a renaissance in one of the areas that has been downplayed.”

Jenkins quoted David Abrams on a series of things that are necessary for recovery: The Three Ms.

The motivation is there, and so is the money.

“People have money,” he said, “particularly the segment of the US that is most likely to buy USTOA product.”

As to the means of travel, the big question is whether there will be sufficient airlift to handle the volume that may come in late August and September.

David Abrams had added a fourth item to the list of essentials for recovery, “a risk that the supply side will be permanently scarred, thereby eroding the visitor experience,” Jenkins said. “There’s a theory that cities are permanently damaged by a long COVID lockdown.” Jenkins dismissed it.

“I don’t think that’s really significant,” he said, “certainly not from the standpoint of tourists going to Europe from the US. The things people come to Europe to see are essentially unchanged and permanent. Mona Lisa will not change. David in Florence will still be standing stark naked in the Accademia. They will not change, though both are looking a bit lonely at the moment. The things you come to Europe to enjoy and experience are there and will not be affected.

Then Jenkins added an M of his own to the list.

“Magnificence,” he said, “This year, 2021, particularly from September, October and November this year, represents an unmissable opportunity for travelers to Europe from the US. You will never see this kind of availability, prices, and lack of crowds again. A fabulous offering we’ve got. And that offsets the fourth M as far as I’m concerned.”

The biggest problem remains that of the confusion over the rules of entry.

“One of the big problems is that the rules are different everywhere,” he said. “That’s one of the areas where Europe has been lagging, as there has been a reassertion of national control, and countries are coming up with different rules in different areas. The EU is trying to harmonize that.”

However, in spite of the confusion and mixed signals, it looks like travelers who are double vaccinated will be welcome in most countries from July. For up-to-date information, he said, it’s important to check the respective national tourist office websites and the ETOA website.

The wild card is the UK. It’s “the big exception,” said Jenkins. “It’s very volatile. It was opening up, now it’s closing down. It may open again because it doesn’t like the reaction it’s had from closing down. We’re not dealing with a very stable mentality at the moment, and that’s my own government.”

There is a chance, he said, that there may be a US/UK Biden-Johnson agreement, but that is also unknown.

When COVID does finally blow over, there will still be problems stemming from Brexit.

“The UK is now going to be a big non-EU player in a protected environment,” he said. “The EU is not happy about that, and they’re going to be looking very carefully at how UK businesses function in Europe. That may draw fire onto other non-EU markets. There will be technical immigration issues between UK and EU, that means that UK people arriving in European airports will have to go to the non-EU line. The line is going to be longer if there are a load of Brits sitting there that weren’t there before. So it’s possible there may be delays.”

There may also be regulatory problems regarding UK tour guides trying to work in Europe. New levels of scrutiny will be applied, and that will also apply to Japanese and US tour guides.

Germany has announced its intention to levy VAT on all sales of German product. It’s principally aimed at UK, but will apply to other non-EU origin markets, including the US.

However, beyond the snares that lay ahead at this moment, Jenkins expects 2022 to be a banner year.

“There will be no issues with supply,” he said, “a restoration of air lift, no over-tourism, softer rates and huge pent-up demand. It’s going to be a fantastic time to be selling Europe.”