Tara Aircraft missing near Nepal with 22 aboard | Travel Research Online

Tara Aircraft missing near Nepal with 22 aboard

Posted on May 29th, 2022 by Richard Earls in Top Headlines 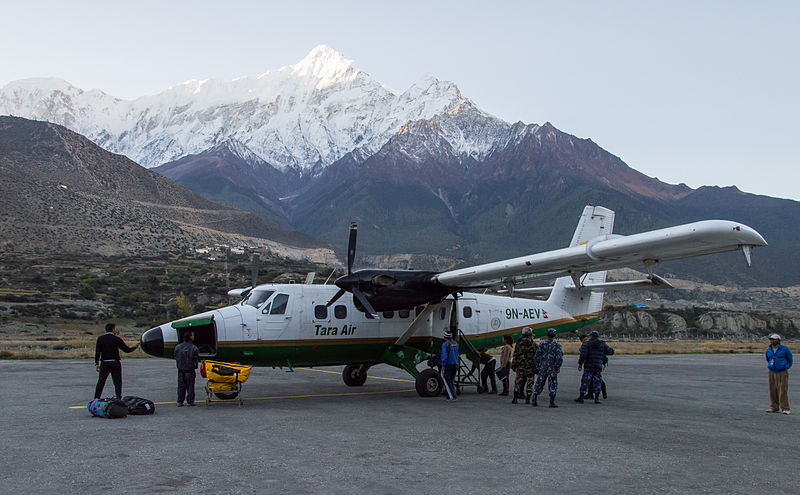 A Tara Air aircraft 9N-AET, DHC-6 TWIN OTTER, en route to Jomsom from Pokhara with 19 passengers and 3 crew aboard has gone missing. Of the passengers, 3 were Nepali, 4 Indians, and 2 were Germans. The aircraft lost contact with air control 12 minutes after takeoff.

A helicopter sent to search for the aircraft had to return back to Jomson because of weather, and search efforts were likewise hampered. There are reports of locals seeing the craft on fire and falling from the air.

A spokesperson for the airline on Twitter said “NA ground troops and helicopter with rescue teams are trying to locate the plane(Tara Air). Possible incident site is believed to be in and around Lete, Mustang. Poor visibility due to bad weather is hindering the efforts.” In a later post, the spokesperson said “The plane has not yet been located. We are trying to reach the place where locals have allegedly seen something burning. Once our troops reach the location then only we can verify the findings officially and independently. Our rescue effort from ground and air is relentless…”

Search efforts for the day were halted by adverse weather and nightfall, with plans to resume search Monday morning by air and ground.

New Zealand sets date for travel re-opening, lifting of cruise ship ban
Prime Minister Jacinda Ardern of New Zealand said on Wednesday the nation will reopen its international borders on July 31 at 11:59 PM. Cruise ships will be permitted in local ports on the same day.
Flights Canceled As Jamaican Air Traffic Controllers Walkout
Air Traffic Controllers in Jamaica went on strike for several hours on Thursday, resulting in the cancellation of dozens of flights, forced to turn around mid-flight or canceled at their points of departure.
American Airlines expanding service to Dublin, Ireland
Taking advantage of the surge in demand, American Airlines is dramatically increasing its service to Dublin, Ireland with new flights from Charlotte, Chicago, and Dallas through October 29.