Hurtigruten Ups the Ante in the Arctic | Travel Research Online

Hurtigruten Ups the Ante in the Arctic

Posted on October 13th, 2022 by Cheryl Rosen in Top Headlines 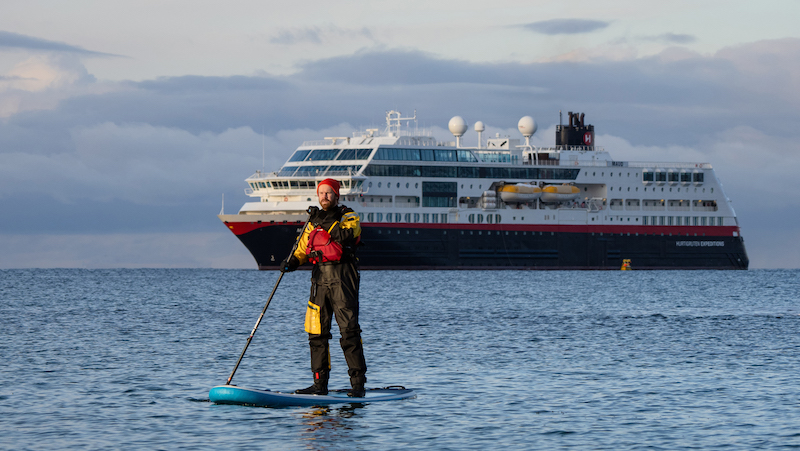 Ring of Fire and Ice: Circumnavigation of Iceland. 11 days, prices starting at $7,589 per person. Sailing in July 2023 and July 2024, the Maud will circumnavigate Iceland, with nine stops, including Grimsey on the Arctic Circle, home to colonies of Atlantic puffins.

Greenland Summer Explorer: Cruising Under the Midnight Sun. 20 days, prices starting at $13,576 per person. Sailing in July 2023 and July 2024, the Maud will sail from Reykjavik across the Denmark Strait to Greenland and head up the western coast across the Arctic Circle.

East Greenland and Svalbard: A True Arctic Expedition. 17 days, $11,149 per person. Sailing in August and September 2023 and 2024, the Maud will head north from Reykjavik across the Greenland Sea to Svalbard, then across to Greenland.

Island Hopping in the North Atlantic: British Isle, Faroe Islands, and Iceland: 12 days, starting at $6,455. Departing June 2023, Maud will sail from Iceland across the Atlantic; past the Faroe, Shetland, and Orkney Islands; and on to Scotland and Dover, England.

Built in 2003, MS Maud, previously the MS Midnatsol, sports an art deco style and colors inspired by the midnight sun. Guests have access to an onboard Science Center and daily lectures, an Explorer Lounge & Bar, an outdoor observation deck, and a gym and sauna. There are three restaurants and four classes of cabins, from inside to suites. Pre- and post-cruise excursions are available on all sailings.

DOT request airlines to begin seating younger passengers with accompanying adults and issues a Passenger With Disabilities Bill of Rights
On Friday, the U.S. Department of Transportation (DOT) delivered a notice to domestic airlines indicating the airlines should adopt policies to allow families
Air Travel Consumer Report: Consumer Complaints Down from April, Still More Than 200 Percent Above Pre-Pandemic Levels
The U.S. Department of Transportation today released its Air Travel Consumer Report (ATCR) on airline operational data compiled for the month of May 2022 for on-time performance, consumer complaints received, mishandled baggage, and mishandled wheelchairs and scooters. There was a 15% decline in complaints against airlines from April to May, however complaints are still 200 percent above pre-pandemic levels.
Rail strike plagues train services in the UK
An estimated 40,000 employees of Britain’s rail network went on strike today, in protest over pay and working conditions.

Share your thoughts on “Hurtigruten Ups the Ante in the Arctic”