Posted on March 8th, 2011 by Kyle Orangio in Outposts

Picture yourself in a five star hotel, looking out onto the crystal clear ocean, the roar of the town at your feet, when you suddenly hear a sound. Unsure of what it is, you listen closer to the high-pitched call. After a few moments, it dawns on you – it’s the country’s unofficial mascot, the coqui, officially welcoming you to island of Puerto Rico.

In a territory as modern as it is historical, Puerto Rico offers something for everyone. While the country may be on the smaller size – roughly 3500 square miles – don’t let that fool you. The country is rich with heritage and sights to be seen. It boasts the only rainforest in the United States National Forest Service, amazing history (San Juan, the capital, which is the oldest in the U.S.), remarkable culture, breathtaking beaches, and phenomenal nightlife.

No matter where you go in Puerto Rico, you are sure to find plenty of historical sites. Proving to be a major battleground throughout the conquistador era, the remains of forts perched on the coasts spot the islands’ borders. San Juan is filled with historical buildings and cobblestone under foot leading you through the old part of the city. 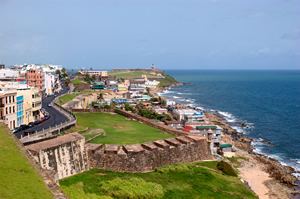 If you aren’t hungry now, you will be soon. The flawless blend of Spanish, Taino and African influence come together in Puerto Rican cuisine in a unique manner, and the locals take it very seriously.

Bistros, cafes, rum bars and sit-down restaurants – you name it Puerto Rico has it. The Puerto Rican people are very fond of their coffee and meats, so if you are craving a good steak, look no further.

Given its location in the Caribbean, Puerto Rico is a vibrant blend of many cultures, so if you aren’t in the mood for a Spanish-influenced dish, you’ll find plenty of other influences from the Americas and Europe. 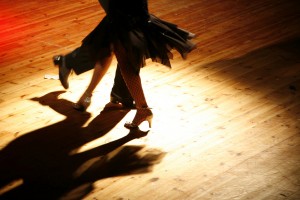 You or your special someone have a craving to dance? Are you or your client the type of person that comes alive at night and wants to dress to impress? Look no further, for Puerto Rico offers an abundance of clubs, playing the best reggae and R&B to rock and roll or dance music.

Salsa is unofficially known as the music of Puerto Rico, and similar to any other Spanish-influenced country, it flows within the island. Whether you have experience or not, there are plenty of places to dance with the locals or even be taught on how to properly groove to the blaring trumpet and accompanying band.

With over 20 shopping malls around the country, your desire to hit the stores will be easily satisfied. Home to the biggest mall in the Caribbean, Puerto Rico has everything from boutiques in Old San Juan (which cater to luxury and designer items) to the traditional mall, containing almost everything that a standard mall has. 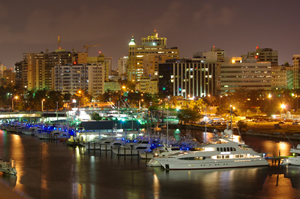 The island is small, so transportation should be cake, right? Right. Puerto Rico is remarkably accessible, offering every mode– taxi, car rentals, the Tren Urbanoor “urban train”, buses, trolleys,, ferries, bikes and of course, walking. All of which are very affordable and very easy.

Overall, Puerto Rico is a small island with a huge desire to satisfy those who visit it. It is old meets new; where young and old come together and have an absolute blast. It should be one of the first stops for those coming to the Caribbean and rest assured, it will not let you down.

One thought on “Puerto Rico by ASTA”