Posted on September 17th, 2021 by Ralph Grizzle in Deck Plans

I now know what it’s like to be a ping pong ball. Trips booked, then postponed, on again, off again, vaccine freedom, then Delta dread, governments imposing mandatory quarantines, then …

We were all set for our October 4, 2021 Crystal Debussy cruise on the Rhine. Flights booked, hotels booked. Ready. Set. Go. Not so fast. A month before our departure, in early September, the government of the Netherlands imposed new rules that required both vaccinated and unvaccinated Americans to quarantine for 10 days. Crystal and other river cruise operators were left scratching their heads, along with those of us who had booked cruises departing from Amsterdam.

What to do? A 12-hour transit loophole provided a solution, a not-so-great one. The idea was that we would cancel our hotel rooms, reschedule our flights to arrive the day we were to step on Debussy and get the herring out of the Netherlands as quickly as possible – well, at least within 12 hours so as not to violate the quarantine requirement. 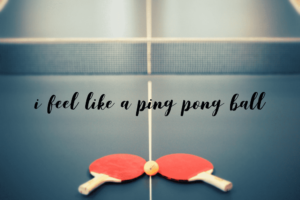 Then, today, not even two weeks later, the Dutch reversed the quarantine requirements, probably due to a lot of upset airlines, cruise companies, travel companies, hoteliers and anyone else who stood to make a buck off of tourists. “The rules on self-quarantining for people travelling to the Netherlands will change as of 22 September,” read a statement on the Netherlands’ government website. “Vaccinated travellers from the United States, the United Kingdom and other very high-risk areas no longer have to self-quarantine on arrival in the Netherlands.”

The decision seems to have been somewhat hastily made, as the next sentence reads, “The above measures will enter into effect on 25 September and will apply until further notice.” Uh, is it the 22nd or 25th?

The flip-flopping (or ping-ponging) caused a lot of problems. Folks traveling with me on Debussy had to cancel hotel rooms and redo their flights. One poor fellow, who is probably reading this, canceled his hotel room and rescheduled his flights the day before the Dutch rescinded their requirements.

The Dutch even relaxed their social-distancing rules, although, the governmental website reads, “Staying 1.5 metres from others is no longer mandatory, but is now an urgent advice.” I’m confused. It’s as if the person in charge of these rules is smoking hash. Yeah, I know what you’re thinking. It’s the Netherlands. They probably are.

With the welcome news from the Dutch government this week, it’s anchors aweigh. We’re going cruising, after all (at least for now).

This article was originally published at The River Cruise Advisor.

Douro River Cruise 2022 Pricing Charts
Douro River Cruise Prices 2022 is part of a continuing series of comparison charts and articles featuring European River Cruises offered by world class river cruise lines. Our goal is to provide a True Per Diem for each cruise, or the daily cost breakdown of the trip once all extra fees are added to the cruise…
Viking Says ‘Welcome Back’ To Europe’s Most Fabled Rivers
Now that Viking Cruises has all of 8 ships plying the oceans of the world and an ever-expanding fleet of Expedition vessels, it’s worth remembering that the highly-rated cruise line started out on the Rivers of Europe all the way back in 1997. After what Viking Chairman Torstein Hagen describes in television commercials as a period…
Silversea’s Silver Moon Sets Sail
The writer was a guest of Silversea Cruises for the purposes of this review. Delayed for months by the never-ending pandemic, Silversea’s magnificent new vessel, Silver Moon finally welcomed her first passengers this Spring. Silver Moon began a series of cruises beginning and ending in Athens. And each and every one of them showcased what’s…