It Matters Who You Travel With | TravelResearchOnline

It Matters Who You Travel With

Posted on September 2nd, 2021 by David Cogswell in The Incessant Traveler

I noticed recently that Expedia is using the slogan, “It matters who you travel with.” I found that to be a curious choice for the mega online travel agency. I agree with the statement wholeheartedly, but applying it to Expedia is a mismatch. It would be appropriate if you applied the slogan to the American Society of Travel Advisors.

ASTA used to use the slogan, “Without a travel agent, you’re on your own.” And it was, ironically, Expedia who taught me the truth of that statement. It was a hard lesson.

It’s surprising to me that after so many years Expedia still has customers. I have to think that the people who still book with Expedia have never had anything go wrong on a trip. Because if you book with Expedia, and something does go wrong, you really are on your own. At least that was the case in my experience. 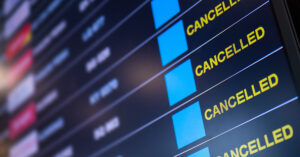 Based on that experience, I have to assume that Expedia’s business model accepts a basic “acceptable casualty rate,” and the number of clients that they lose is more than made up for by their powerful advertising muscle.

They have had a formula that worked, for them anyway, if not necessarily for the customers. With massive promotion, they can always round up new customers. Some percentage of their clientele may be lucky and never have a problem when they book through Expedia. And the ones who do have problems are a small enough number to be an acceptable loss rate. At least that seems to be their mindset, if what happened to me is any example of Expedia’s service model.

For Expedia stockholders, it may be a good formula; for customers, I don’t recommend it. That’s because of what the esteemed, but unknown, “Murphy” has told us. “If something can go wrong, it will.” Eventually, if you travel enough, you’ll hit a snag. You will run into some problem that will stymie you. You will be effectively arrested.

A booking may fall through, or you may lose your passport, or miss a flight, or a flight may be canceled. If any of those things, or any number of other things, go wrong—you’d better hope you have a travel advisor to call to help get you out of the mess. If you booked with Expedia, hey. Good luck.

Here’s how I learned this. No, I didn’t book with Expedia myself. My daughter did. She was just a kid. She didn’t know any better. She booked a flight through Expedia for a weekend trip to Florida to attend a baby shower of one of her childhood friends. Then suddenly there was a severe hurricane approaching Florida.

The hurricane looked so bad that the governor of New Jersey declared a state of emergency. The mayor of Hoboken urged residents to evacuate. The hurricane was ripping its way up the coast. No one knew how bad it would be. But an official State of Emergency is certainly enough to give one pause. Anyone who has been at an airport when flights are disrupted by weather does not want to be in that position again. Naturally, the airlines were besieged by cancellations. My daughter was one of them. The trip was ruled out by extreme weather. There was no choice. My daughter told me she was having some trouble canceling or rebooking her flight. She was getting really stressed out about it, and asked if I could help. So I tried my hand at it, tried calling the agent: Expedia.

At that moment, the airline was advertising on its website that it was waiving cancellation fees for certain airports on certain days. My daughter’s flight was on the list. She should have been able to cancel the flight and rebook with no problem. She had even bought the cancellation insurance from Expedia, so she should have been double covered.

But if you book with Expedia and there’s a problem, try getting someone on the phone. She waited on hold with Expedia for 55 minutes and never even got a person on the line. She kept trying, but after hours got nowhere.

When I called Expedia I got the voicemail recording, of course. There was a slick electronic swooping sound, followed by the recorded voice of the CEO breathlessly telling me how much he appreciates my business. Then there was the bit about the abnormally large call volumes, leading to the long hold times. By the way, when was the last time you encountered “normal” call volumes?

So, I put the phone on speaker and sat there with it while I tried to get some work done. It wasn’t quite my choice of music, but I had to keep the voicemail playing so I wouldn’t miss it if someone came on the line. The more time I invested in it, the more I didn’t want to miss my chance of an actual human being coming on the line. If I didn’t hear them say “hello” and didn’t answer right away, I knew they wouldn’t wait for long—what with the “abnormally large call volumes.”

The voicemail recording played a series of songs, interrupted occasionally with a promotional pitch or information bulletin. It was like listening to the radio, except it was a station I would never choose for myself. Unfortunately, I didn’t have all day to sit and listen to whatever they decided to play. But Expedia seemed to assume I did.

An hour and a half went by while I waited. I heard a series of messages over and over and over, till I was starting to feel rattled by the repetition. Meanwhile the voicemail system kept trying to shake me. Putting a human being on the line to talk to me was obviously not part of Expedia’s preferred way of doing business. They kept trying to get me off the line, to shovel me over to their website.

“Many answers to questions can be found on our website,” they told me, cheerfully. “While you’re waiting, why not look to see if the answer to your question is online?” [“And leave us alone!” was the implicit message. “Can’t you see we have far too many calls to deal with already without you bugging us? Can’t you take a hint? It’s been an hour already. You’re still sitting there like an idiot. Just go away!”]

Finally, a human voice! He had a thick accent, hard for me to understand, and when he read the technical information, it was worse. He told me that if he cancels the flight, the airline would charge $150. I told him the airline was at that moment advertising that it was waiving the fee. Too bad for me. If I wanted the fee waived, I would have to go onto the airline website and deal with the airline directly, he told me.

He tried to give me the number of the insurance carrier. (Leave us alone!) Oh, thanks a lot! He was wearing me down.

“So there is nothing you can do for me?” I asked, pitifully. Oh yes! He offered me one more thing. He said he would call the airline while I wait on hold one more time.

So, I waited. After another spell of listening to the same ads and tunes again, he came back to me and said that the airline said it was going to charge for the cancellation.

What? It doesn’t matter what it says on the site; it doesn’t matter that it’s a state of emergency, he said, this is what they were telling him, allegedly. At that moment, I was trying to recall what service it was that Expedia supposedly offers. This flight was booked through Expedia, and Expedia couldn’t even get me as good a deal as the airline was currently advertising on its site.

So, I tried the airline site. It said I could rebook the flight and get the fee waived. But I didn’t know the rebooking date yet. So, I called the insurance number and encountered another voicemail list of options. I pressed the number for emergency, and I got another list of options. I pressed the one for questions about rebooking. The recording told me the business hours, leaving me to discern for myself the subtle implication that I was not calling during those special hours.

Right about then, I was really missing my travel agent. Good old Paul at Village Travel in York Harbor, Maine. I’ve seen people go online for hours thinking they are going to find the best fare, and then call Paul and he gets them a better fare in the time it takes him to ask you where and when you want to go. Good old Paul. I’ll have to remember to get him a birthday present.

Yep. Expedia is right about one thing. It really matters who you travel with.

What’s in a Name? Travel Advisor, Counselor, Agent, or Champion?
“A rose by any other name would smell as sweet,” said Juliet Capulet, according to William Shakespeare. Times change, names change. Peking became Beijing. We got used to it. It doesn’t really matter. Bombay is now Mumbai. Canton is now Guangzhou. Saigon is Ho Chi Minh City. St. Petersburg became Petrograd, then Leningrad, and now…
Branson Wins the Space Race, at Least This Round
Richard Branson, still cutting a charismatic figure at 70, flew to space and made it safely back again with his space tourism company Virgin Galactic. It was another milestone for Branson, who first made his fortune in the record business with Virgin Records in the early 1970s. It’s been a long time since Branson embarked…
Antarctica and Africa in One Trip
After a year of being locked down, it’s understandable that people may want to double up on their bucket list trips to make up for lost time. But Africa and Antarctica in the same trip? That seems a stretch. When I first learned that two tour operators, Wilderness Safaris and White Desert, joined forces to…

Share your thoughts on “It Matters Who You Travel With”