Posted on April 5th, 2022 by TRO Staff in Top Headlines 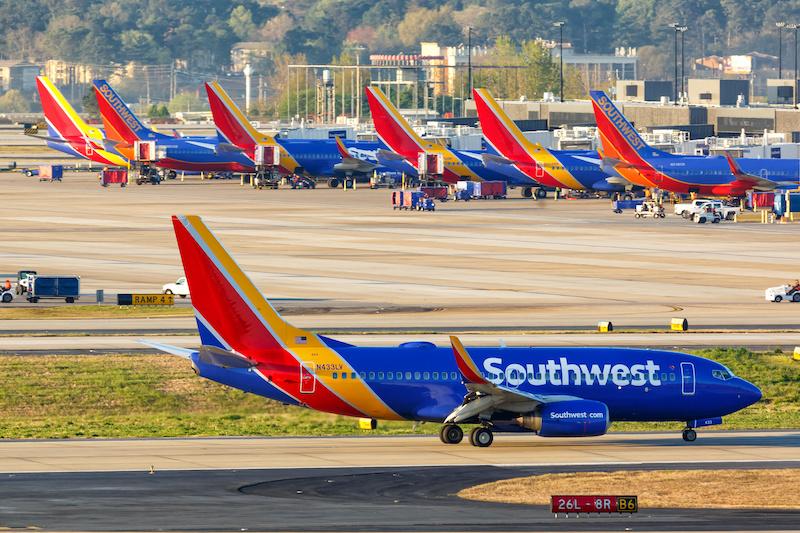 Air travel in the U.S. encountered major disruptions over the weekend with approximately 3,500 flight cancellations. As of Monday, there were 470 canceled flights and 690 delayed flights, according to FlightAware, a flight tracker app and website.

Weather in Florida and the Southeast were some of the reasons for this disruption and airspace congestion added to the cancellations and delays. Airports greatly affected by the flight cancellations include those in Miami, Orlando, Tampa, New York, and Baltimore.

Although flight cancellations were high on the weekend, Monday saw a decrease. A JetBlue spokesperson told the press that these cancellations will help in reorganizing their operation to be back in position for air travel.

Meanwhile, projected cancellations on Tuesday are 23 within, into, or out of the U.S. with 74 delays, according to FlightAware.

Air Tahiti Nui to Offer Direct Flights from SEA
Pack your bags for that long-awaited vacation! Seattle-Tacoma International Airport (SEA) welcomes today’s announcement that Air Tahiti Nui will begin nonstop service to Papeete, Tahiti (PPT) on October 5, 2022. The island of Tahiti is almost mythical in its beauty, and along with the rest of French Polynesia, is one of the world’s foremost vacation destinations. “Seattle is honored to be only the second U.S. destination for Air Tahiti Nui,” said Lance Lyttle, SEA Airport Managing Director. “We’re excited that Seattleites will now have yet another magical destination to explore,…
Las Vegas Tourism Rebound Boosts Nevada’s Economy
It appears Nevada’s tourism economy is out of the woods now after several industry-related reports—from casinos to airlines—show increased earnings and plans to resume pre-pandemic services. A press release from the Nevada Gaming Control Board released on Wednesday, March 30, 2022, shows a significant increase in casinos gaming win of over $1 billion for a 12th straight month, which is an essential indication of the state’s economic health. Per the report, nonrestricted gaming licensees in Nevada earned total house winnings of $1,113,148,010 for February, a 44% increase compared to the…
It’s Springtime in the Bahamas
Revenge travel is sweeter this time around in The Bahamas, home to 700 islets, cays, and islands. As the pandemic restriction lessens, the islands of The Bahamas are again opening their doors to tourists. There is something for everyone from families and couples to solo or group travelers. What’s new? The Bahamas is recognized as a top vacation destination. Nominated in numerous World Travel Awards, The Bahamas is globally recognized as one of the “Best Family Spring Break Destinations” recognizing the Bahamas’ sandy beaches, scenic sites, and family-friendly resorts. Grammy-nominated…