Normally, promotions at a river cruise company wouldn’t be something we’d publish. But in this case, we’re pleased to see that Pam Hoffee has taken the helm of Avalon Waterways. We’re pleased because Pam’s passionate about river cruising. Under her leadership we expect even better things to happen for one of the world’s most popular river cruise companies.

Pam tells us that she will be 100 percent focused on Avalon, instead of dividing her time between Avalon and other duties. “I am so thrilled about it as the brand is growing so much and deserves this attention,” she says. “I am very excited for the future with Avalon.”

Yep, we agree. Avalon is doing some wonderful things. We’ll be reporting on what is setting Avalon apart in future posts here on River Cruise Advisor.

Avalon Waterways has redefined cruising by going against the stream. Delivering unparalleled experiences and boundless exploration, the company is known for placing guests in the captain’s seat to navigate their journey and fuel their passions as they cruise down the world’s most magnificent waterways. And now, Pam Hoffee, the leader at the helm of Avalon Waterways, has been promoted to president of the river cruise brand.

“As the former managing director of Avalon Waterways, Pam has helped lead the evolution of river cruising – navigating a plethora of innovative product and expansion opportunities for the company,” said Scott Nisbet, president and chief executive officer for the Globus family of brands. “In addition to steering the rise of our incredible – and incredibly unique – Active & Discovery itineraries on every major river in Europe, she’s spearheaded difference-making experiential innovations like Avalon Choice excursions while also growing Avalon’s portfolio of cruises to include our Storyteller Series of sailings featuring celebrity hosts. She has also led the way for the continued growth of our Suite Ship fleet while delivering our guests to off-the-beaten-path destinations for more immersive and authentic discoveries. In her tenure, Pam has solidified Avalon Waterways as the clear alternative to the ‘traditional’ cruise.”

As president of Avalon Waterways, Hoffee will not only continue to lead the evolution, growth and sustainability efforts of the award-winning river cruise line, she will also oversee the company’s operations teams worldwide.

“The cruising tides are changing,” said Pam Hoffee, on her role as president of Avalon Waterways. “With smaller ships and bigger experiences; fewer people onboard and more of everything on land – we’re sailing towards the changes that travelers desire, including more choices, more passion pursuits, as well as immersive, authentic experiences that invite them to enjoy the vacation of a lifetime. And I couldn’t be more proud or thrilled to lead the charge for this new wave in cruising.” 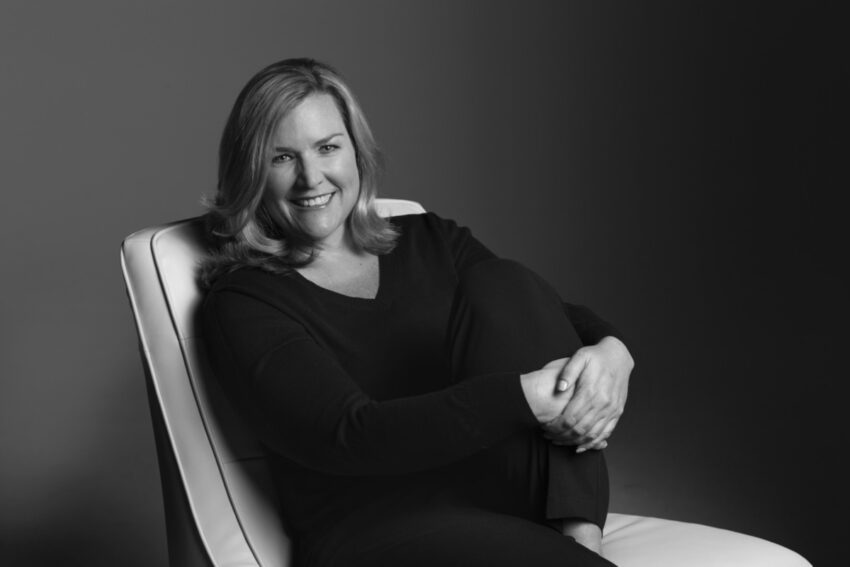 ABOUT PAM HOFFEE
For Pam Hoffee, travel seems to run in the family, at least when it comes to career choice. The daughter of an Air Force father, Hoffee yearned to travel the world just as her father did. Raised in a suburb of Denver, Colo., Hoffee grew up hearing her father tell stories of exotic locales. It was not, however, until she accepted a summer internship aboard a World Explorer Alaskan cruise ship, that she got her first taste of travel. This summer internship led to an eight-year stint as the manager of the cruise line’s shore excursion department, where Hoffee designed and implemented land tours. When it came time to “jump ship,” Hoffee transferred to the company’s corporate offices in San Francisco where she was named director of operations.In 2003, a desire to return to her native Colorado brought Hoffee to Group Voyagers, Inc. – the company that markets and sells the Globus family of brands in the United States. And in 2005, Hoffee was named vice president of product and operations for the Globus family of brands. In 2018, she became chief operating officer (COO) for the company and managing director of Avalon Waterways. In 2022, Hoffee was named president of Avalon Waterways.

ABOUT AVALON WATERWAYS
Cruising Elevated. Avalon Waterways has redefined cruising by going against the current and away from the ordinary. Delivering unparalleled experiences and boundless exploration, Avalon puts you in the captain’s seat to navigate your journey, fuel your passions and steer clear of the unexpected as you cruise down the world’s most memorable and mesmerizing waterways. One step aboard our modern, luxurious Suite Ships with the grandest views in cruising and you’ll see how the tides are changing. Welcome to a new wave in cruising. Welcome aboard Avalon Waterways.

Double Dutch Fuss: Netherlands Reverses Quarantine Requirement For Vaccinated Americans
I now know what it’s like to be a ping pong ball. Trips booked, then postponed, on again, off again, vaccine freedom, then Delta dread, governments imposing mandatory quarantines, then … We were all set for our October 4, 2021 Crystal Debussy cruise on the Rhine. Flights booked, hotels booked. Ready. Set. Go. Not so fast. A month before our departure, in early September, the government of the Netherlands imposed new rules that required both vaccinated and unvaccinated Americans to quarantine for 10 days. Crystal and other river cruise operators…
Meet Me On Board: Riviera River Cruises’ 2022 Holiday Season Cruises Now Available
With December 2022 departures of Riviera River Cruises’ popular holiday season cruises now available, plan ahead to celebrate Europe’s Rhine and Danube Rivers in all their wintry splendor. Riviera’s holiday season cruises include Yuletide Markets itineraries that depart in the weeks before Christmas, departures over Christmas itself with the ship decked in lush garlands and a grandiose tree, and celebratory sailings to ring in the New Year. In all, six itineraries with 20 departures are available to book. I’ll be hosting one of those cruises, departing Cologne on December 21,…
Biggest Concern Among River Cruisers: War In Ukraine & Covid Surges In Europe, What It’s Like To Be Here Now
In last week’s survey asking What, If Anything, Is Holding You Back From River Cruising In Europe, more than half of respondents (52 percent) said that it was war in the Ukraine that made them hesitant to river cruise this year. We did not ask readers to elaborate, something we may do in a future post. War in the Ukraine was followed closely by the Covid surge in Europe. Nearly 30 percent of you expressed concerns about the variant tearing its way through Europe. I am on barges traveling in…