Prehistoric Fossils, Award-Winning Gardens, Tess of the D’Urbervilles, and a Chained Library | TravelResearchOnline

Prehistoric Fossils, Award-Winning Gardens, Tess of the D’Urbervilles, and a Chained Library

Posted on September 24th, 2021 by Paull Tickner in Agent Perspectives

Over the past few months, I’ve written a great deal about some of the English regions you may be familiar with; but this week, I’m sharpening the focus on a destination you may not have come across before.

Welcome to the ancient county of Dorset, a less well-known area of stunning countryside and coastal scenery that can be traced back to the time of the dinosaurs and the Jurassic period. It has inspired great writers like Thomas Hardy and, among many other must-see attractions, is also home to no fewer than four former winners of the prestigious Historic Houses/Christies Garden Of The Year Award.

Located just to the west of Southampton, creative tour planners can bookend a few nights here with a couple in the cathedral city of Salisbury and two more in Winchester, the capital of England in Anglo-Saxon times.

Read on, check out the three videos and begin to experience what the region has to offer. You’ll be very pleasantly surprised.

Take A Stroll Along the Jurassic Coast

The world-renowned Jurassic Coast should definitely be included in any visit to Dorset. Stretching for over 95 miles, it reveals over 185 million years of the Earth’s history. The South West Path runs through the pretty seaside towns of Swanage, Lyme Regis and West Bay and seen on foot or on a coastal cruise; it is well known as a hot bed for fossil hunting. The Jurassic Coast sits on a world map of other natural World Heritage Sites including the Grand Canyon, the Great Barrier Reef, and the Galapagos Islands. 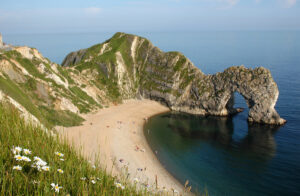 The prestigious Historic Houses Garden of the Year award is sponsored by Christies, the international auction house and, since its inception in 1984, it’s been won by some of Britain’s most beautiful gardens. No fewer than five of them surround magnificent stately homes in Dorset. There are two more on its doorstep, making it a genuine treasure trove for your green fingered clients, especially those cruising in or out of Southampton or attending the Chelsea Flower Show in May 2022. You won’t find them ‘packaged’ in any tour operator’s brochure! 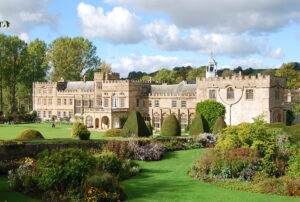 Find yourself Far from the Madding Crowd at the small cob and thatch cottage where he was born in 1840. It was built by his grandfather and has changed little since that time. He then moved to the atmospheric Victorian townhouse in nearby Dorchester, which he designed and where he lived for over 40 years. It was where he wrote some of his most famous novels Tess of the d’Urbervilles and Jude the Obscure. A guided walking tour of Dorchester will reveal the inspiration behind The Mayor of Casterbridge.

Simultaneously, between May and October 2022, the Dorset Museum in Dorchester will focus on the social tensions and irregularities of the time, while the Poole Museum will explore the coastal themes that inspired him. The Salisbury Museum, adjacent to the great cathedral, will show how he campaigned for women’s rights as well as his thoughts on religion. Finally, with visits to Stonehenge and Avebury, the Wiltshire Museum in Devizes will take you into the surrounding landscape to see the ancient burial mounds and beliefs of Wessex that seeped into his writings. 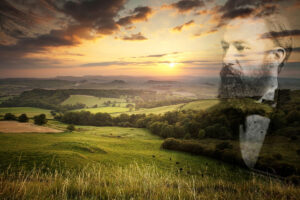 From the earliest motor carriages to classic family saloons, the world-famous Beaulieu National Motor Museum has one of the finest collections of cars, motorcycles, and motoring memorabilia in the world. From legendary F1 cars and land speed record breakers for the speed freaks, to incredible examples of pioneering motoring for the history-buffs. If you time it right, you’ll even hear vehicles starting up! Be there in July for Goodwood’s Festival of Speed or in September for Beaulieu’s International Autojumble, the biggest outdoor sale of motoring items this side of the Atlantic.

Have You Ever Visited A Chained Library?

There are only twelve of them in England and there’s one in the Minster in Wimborne Minster, a place of pilgrimage for over 1300 years and where the Chained Library is a relic of the Middle Ages, when books were so valuable that they were kept in restraints and attached to shelves to keep them from being stolen. If history-revealing ancient churches are on the must-see list and there are plenty here in Dorset, include Milton Abbey, the setting for 1000 years of history in a beautiful Capability Brown landscape. 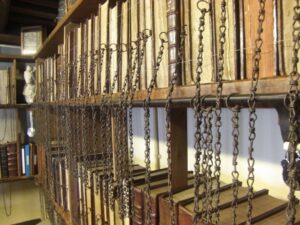 Share your thoughts on “Prehistoric Fossils, Award-Winning Gardens, Tess of the D’Urbervilles, and a Chained Library”